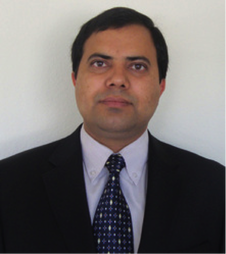 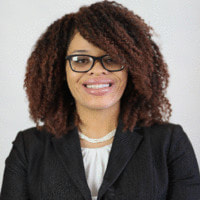 Dekonti Davies is a 1st year PhD student in Mechanical Engineering. She graduated with her Bachelor’s of Science Degree in Bioengineering from the University of Missouri – Columbia. Prior to coming to North Carolina A & T, Dekonti completed internships with the United Parcel Service as a Project Engineer and Engineering World Health in Rwanda where she served as a Biomedical Engineering Technician, repairing medical devices. Dekonti started researching with the Bhattarai Research Group as a Master’s student in Bioengineering and has continued her research into her PhD studies. Her research currently focuses on development of metallic nanofibers for wound healing applications. 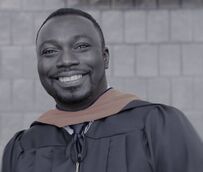 Felix A. Tettey is a PhD student in Industrial and Systems Engineering department at the North Carolina A&T State University. He earned his bachelor’s from the Kwame Nkrumah University of Science and Technology, Ghana and holds a master’s degree in Bioengineering from the North Carolina A&T State University, Greensboro, NC, USA. Prior to starting the PhD, his thesis research with supervision from Dr. Narayan Bhattarai was in the “Preparation and Characterization of Hydrogel Microcapsules Using Hybrid Nanofibers of Polycaprolactone (PCL) And Gelatin.” His PhD research involves drug delivery which focuses on the development of metallic nanofibers for wound healing applications. 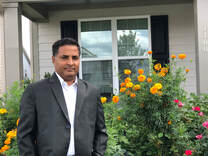 Thakur is a Ph.D. student at North Carolina A & T University in the Department of Applied Science and Technology. He earned his MS degrees in analytical chemistry from North Carolina Central University in Durham, North Carolina, and inorganic Chemistry from the Tribhuvan University of Nepal. Currently, he has been working in Dr. Narayan Bhattrai's lab to investigate the creation of liver tissue regeneration and drug toxicity testing platform by co-culturing the hepatocytes cells and endothelial cells encapsulated in alginate hydrogel with polycaprolactone and gelatin polymers. 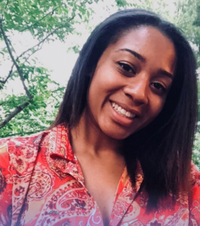 Alexis is a Ph.D. student in Applied Science and Technology (Bioscience Option) at North Carolina A. & T. State University.
She received a B.A. degree in Biology from Rutgers University and a M.S. in Biology from Hampton University. Her current research interests include cell biology, tissue biology, and materials science. Her goal is to create biomaterial-based treatments for current diseases, like cancer and chronic wounds.When she is not working, she enjoys traveling, learning new dances, and most importantly training her Labrador Retriever named Penny!